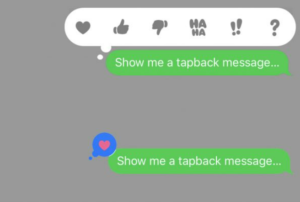 Steven M. Hilary, EnCE, CCE, ACE, was recently accepted in Federal Court as an expert in computer forensics. Mr. Hilary testified during the two-week jury trial how the defendants used their company computers to create a competing business (via Gmail communications regarding the new company’s logo, 401K documents, and a new company handbook), and then intentionally deleted all the files on one of them using the “Windows Reset” setting in Windows 10. With the Windows Reset feature, a user has the option to “Keep my files” or “Remove Everything;” the latter option was selected in this case.

Mr. Hilary also explained how the defendants spoliated cell phone evidence by selectively deleting their text messages. Unfortunately for them, they didn’t know that even when a text is deleted, if they “liked” the text using the Apple Tapback feature, the operating system within the phone maintained the Tapback icon (the “thumbs up”) as well as the text that (they thought) was deleted. Based on Mr. Hilary’s findings, the Court instructed the jury to presume the foregoing destroyed information was unfavorable to the defendants. The jury awarded our client a multi-million dollar verdict, including punitive damages.