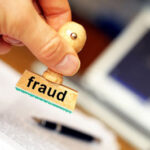 Jeffrey Brenner, Esq., NJLPI, was quoted in the Philadelphia Inquirer Business section on January 8, 2014 regarding J.P. Morgan’s settlement with the government over its dealings with Bernard Madoff.  Brenner, who investigated Madoff’s auditors in 2006, described how basic due diligence techniques revealed major red flags about Madoff’s operations, and how the same techniques can help today’s investors avoid becoming a victim.  Read the article here: http://www.philly.com/philly/business/20140108_Due_diligence_crucial_in_investment_endeavors.html

The presentation focused on six cases in which the early preservation and forensic analysis of electronic evidence changed the outcome of the litigation.

According to published news reports, Carifi, who was already engaged in separate litigation with the Township of Parsippany, became the subject of a police internal affairs probe in which the Township claims he “manipulated” data on municipal computers and transferred police documents to his personal email.  These acts allegedly took place in late March, just before Carifi left the police department’s employ.

Rather than argue the motion for emergent relief, the Township and Carifi entered into a consent agreement under which Carifi will turn over his hard drive for preservation and imaging by Maragell.  Carifi will then be allowed to assert any applicable privilege he might have and withhold certain documents but must keep a “privilege log” of those items for review (and possible challenge) by the Township.

On the heels of our first year anniversary celebration last month, 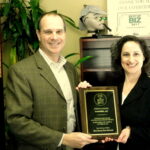 Maragell Corporate Investigations was honored by our peers in the legal community with a New Jersey Law Journal Best of 2013 Bronze medal for Best Expert Witness (Computer Forensics). Voting was limited to lawyers and their professional staffs, making this honor especially gratifying. 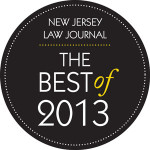 for the firm, and we look forward to providing many more years of superior service and expertise.

First Anniversary Attendees Learn How to Use Investigative Databases

HADDONFIELD, NJ – OCTOBER 10, 2013 – Maragell Corporate Investigations celebrated its first year in business on October 10th with a ribbon-cutting ceremony and interactive community open house. The company, which until 2012 operated as the U.S. office of Intelysis Corp., benefited from an upturn in the region’s economy. “We saw a marked increase in investment activity by hedge fund and venture capital clients, which use our services to conduct background checks on prospective portfolio companies,” said Jeffrey Brenner, Esq., NJLPI, the company’s founder. “Our team was also brought into several complex computer forensic investigations, including theft of intellectual property, bankruptcy fraud, and employee violations of restrictive covenants,” he added.

As part of the open house festivities, Maragell’s staff demonstrated several insider investigative techniques. Team members accepted computer hard drives from attendees and demonstrated how data the users thought was permanently deleted could still be retrieved. Then, using the U.S. Department of Defense data destruction standards, they wiped the hard drives, enabling them to be recycled without fear of data loss or identity theft.

Brenner and his team also amazed guests by broadening their understanding of the power of the Internet, showing that many of the same tools used to locate to locate lost friends and loved ones can be used to track down missing persons, debtors, and witnesses. Similar strategies are also used to conduct pre-employment background checks. Maragell’s researchers demonstrated how these checks are conducted and why they are more of an art form than an exercise in data input/output. Combining multiple sources of public information, investigative databases, social media sites, and Google, together with data provided by the subject (in this case one of Maragell’s employees), the demonstration revealed how a PI reads the tea leaves and assimilates the information to create a complete, and accurate, picture of the subject.

Maragell completed the day with a demonstration on how computer forensic experts hunt for evidence of wrongdoing through the use of keyword searches and deleted emails. Of note was the fact that words such as “non-compete” and “breach” which might be expected to return relevant information about an employee’s plans to violate his or her contract, were shown to appear in many forms and locations having nothing to do with the facts of a case. “Poor keyword choices can cost a client thousands of dollars in eDiscovery costs and attorney review time, and we make every effort to avoid this pitfall with highly strategic searching,” said Brenner.

Not a Secret: Investigators to Celebrate 1st Anniversary

Maragell to Celebrate its One Year Anniversary

Maragell, LLC, will celebrate its first year in business on October 10, 2013 with a ribbon cutting ceremony and open house.  Founded by Jeffrey Brenner, Esq., NJLPI, Maragell is located on Mechanic Street in the heart of the historic borough of Haddonfield.  During its inaugural year, Maragell was fueled by an upturn in the region’s economy as its clients increased their use of its investigative services in connection with their hiring and investment practices.  Maragell was also kept busy with several complex computer forensic investigations through its partnerships with several top-tier accounting firms, eDiscovery vendors, and the region’s major law firms.  In addition to the ribbon cutting ceremony sponsored by the Partnership for Haddonfield a number of special activities are scheduled throughout the day, including free investigative tutorials.

Meet and Greet (and Eat!)

Ribbon Cutting Ceremony by the Partnership for Haddonfield

Learn how to get better search results

Conduct a pre-employment screening with us, live

See where the data resides on your computer

RSVP by October 7 to celebrate@maragell.com

Haddonfield, NJ – July 15, 2012 – There is fresh evidence that the nation’s slow, steady climb out of the Great Recession is picking up steam, and it comes from a source for whom evidence is paramount: corporate investigations firm Maragell, LLC. “We’ve seen our venture capital clients light up the board with new investments, deep-dive due diligence investigations for manager-level jobs have increased in the corporate marketplace, and even our hedge fund clients, which have been rather dormant for the past three years, have begun investments with new managers,” said the Haddonfield, New Jersey firm’s managing principal, Jeffrey S. Brenner, Esq., NJLPI.

Maragell recently marked six months in business after forming late in 2012, spinning off from the US operations of Intelysis. Its clients include lawyers, accountants, hedge funds, venture capitalists, insurance claim specialists, and both small businesses and Fortune 100 companies. The core legal and IT professional staff previously worked together under Mr. Brenner’s leadership at Intelysis. Maragell is based in New Jersey, but covers the world through strategic relationships with skilled investigators on several continents.

Mr. Brenner, who worked as a trial and business transactions lawyer before transitioning into his investigative career, sees the investigative industry as a bell-weather of the economy. “There are many reliable indicators about new hiring, but one that is sometimes overlooked is background check activity. My colleagues and I have observed over our decade in the industry that we could predict the health of the economy by the number of new investigations firms like Maragell were conducting on behalf VCs, hedge funds, and family offices,” he said.

Deteriorating economic conditions were apparent in the investigative industry’s ebbs and flows several years ago, as well. “As soon as Bernie Madoff confessed in 2008, we saw an immediate drop off in business from our Wall Street clients, followed closely by our C-suite clients,” said Brenner. “Today, we are hearing from clients from coast to coast asking for investigative background checks on start-up tech companies, real estate investments, international money managers, and a variety of C-level executives who will be heading expansions of several of our clients’ business divisions.”

Maragell also has seen an increase in the use of its computer/digital forensics services by its legal clients. According to Brenner, who is a frequent lecturer on the topic, the legal community in Philadelphia, New York and New Jersey has been rapidly increasing its use of forensic investigations in employment law and business divorce matters. “The power of knowing what an employee or business partner has done with his or her computer for an extended period is an enormous advantage in court,” said Brenner.

For those of you who think your personal information is safe, our colleagues in New York teamed up with NBC News to show just how easy it is to exploit our identities.  Watch the video here:

Every day we use many of the same tools and techniques featured in the news report to perform background checks, due diligence investigations, skip traces and other services for businesses, law firms and insurers.    It is because so many people are careless with their information, or worse, think others are so interested in their lives they purposefully post it, that we can empower employers and litigants with this information.

So you don’t become a victim, here are some Internet practice points:  Lock down your Facebook page, create anonymous email addresses to post comments on articles/news stories, use fictitious screen names for use on Pinterest, Spotify, Instagram, and other social media sites so the information cannot be linked back to you—your followers don’t care what your real name is (and you can always tell your friends how to find you), if you use a dating website, use sites that are not open to the public (i.e. non-members should not be able to view your page), sign up for credit monitoring (TransUnion, Experian, Equifax all offer the service at competitive prices), and always keep your birth date off the web. 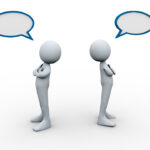 Jeffrey Brenner, managing principal of Maragell, LLC, has been requested by the Pennsylvania Bar Institute to serve as a panelist at its full-day Business Divorce seminar that will take place on several dates across the Commonwealth:  March 4th (Pittsburgh), March 7th (Mechanicsburg) and March 11th (Philadelphia).

He will join a panel of experts in fields of corporate law, litigation, and business valuation.  Brenner will cover issues relating to the role IT plays in a business separation, and the preservation and analysis of electronically stored information for use in litigation, including data stored on smartphones, tablets, and cloud-based applications.

Brenner specializes in computer forensics and corporate investigations and has been retained by numerous businesses, insurance companies, governmental agencies, and school districts to assist with their electronic investigation needs.

The seminar has been approved for 6.0 PA CLE substantive credits including ethics.

Jeffrey Brenner, managing principal of Maragell, LLC, has been requested by the Camden County Bar Association to serve as a panelist at its Cyber Bullying seminar that will take place on February 21, 2013 from 4 – 6:15 p.m. at Tavistock Country Club in Haddonfield.

Brenner will cover issues relating to detecting and proving cyber bullying as it relates to the use of computers, smartphones, and social media outlets.

Brenner specializes in computer forensics and corporate investigations and has been retained by numerous school districts to assist with their electronic investigation needs, both in the case of staff members and students.

The seminar has been approved for 2.0 PA CLE substantive credits and 2.4 MCLE credits.